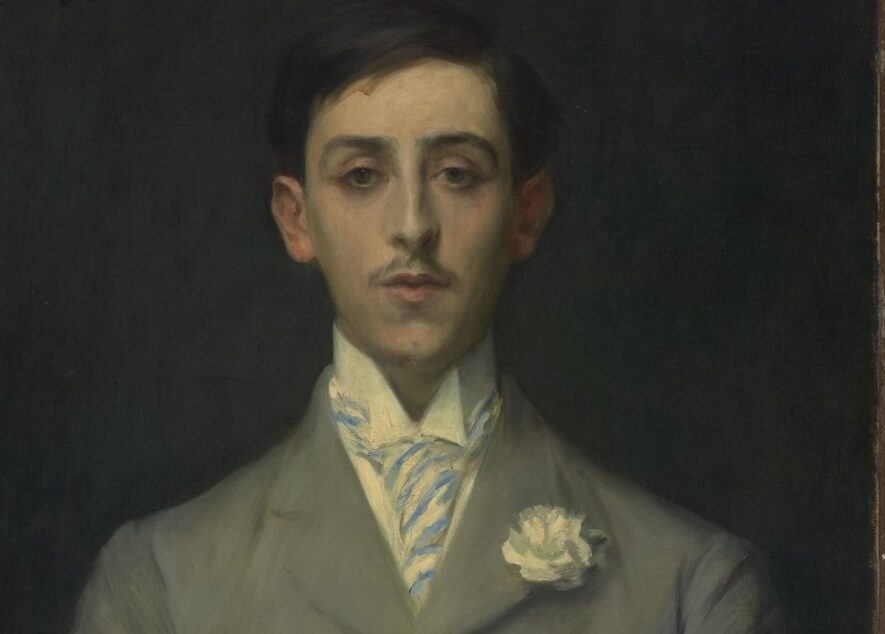 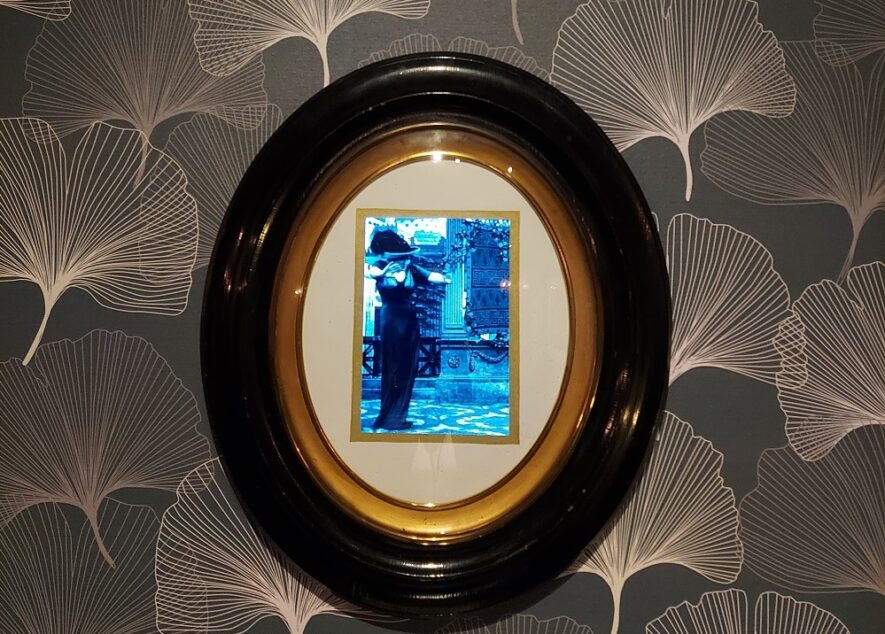 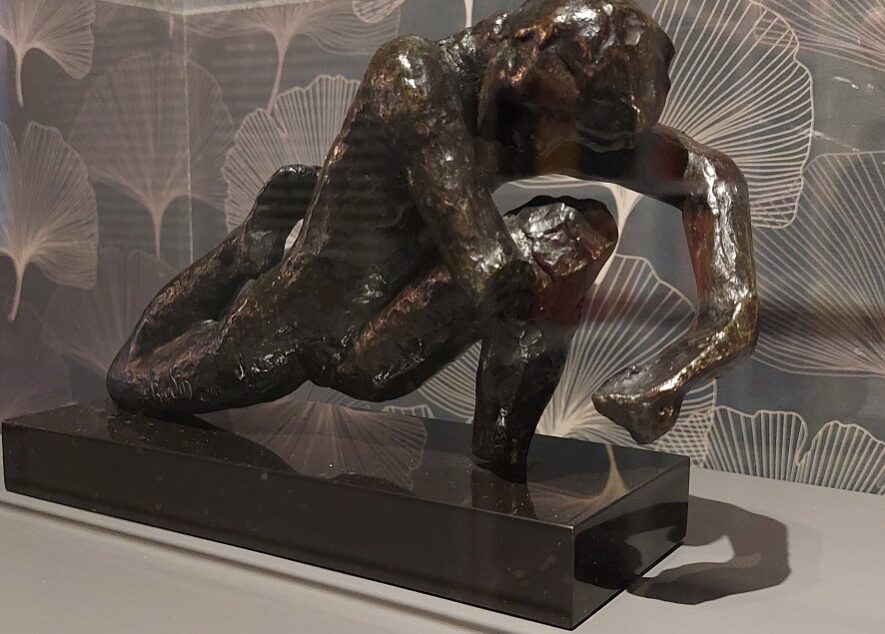 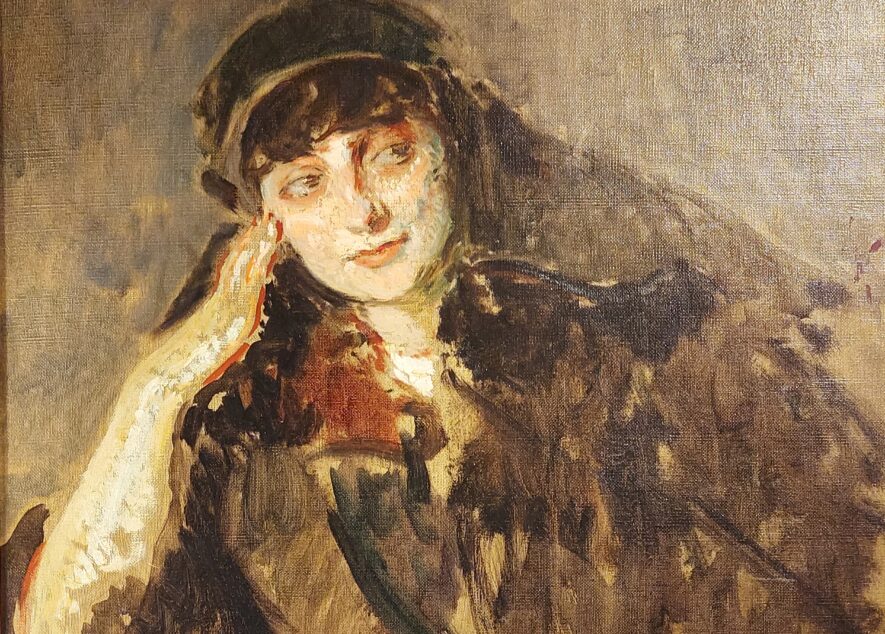 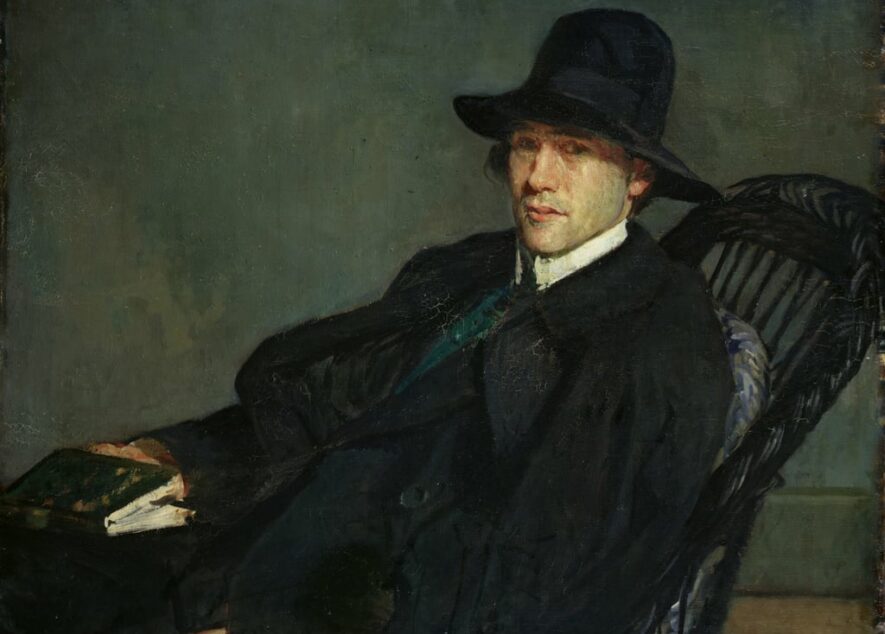 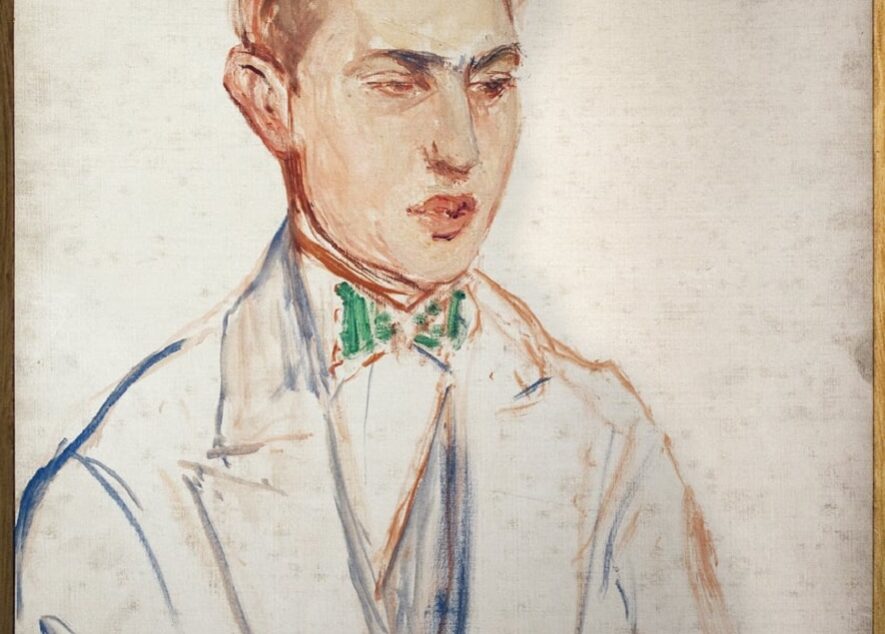 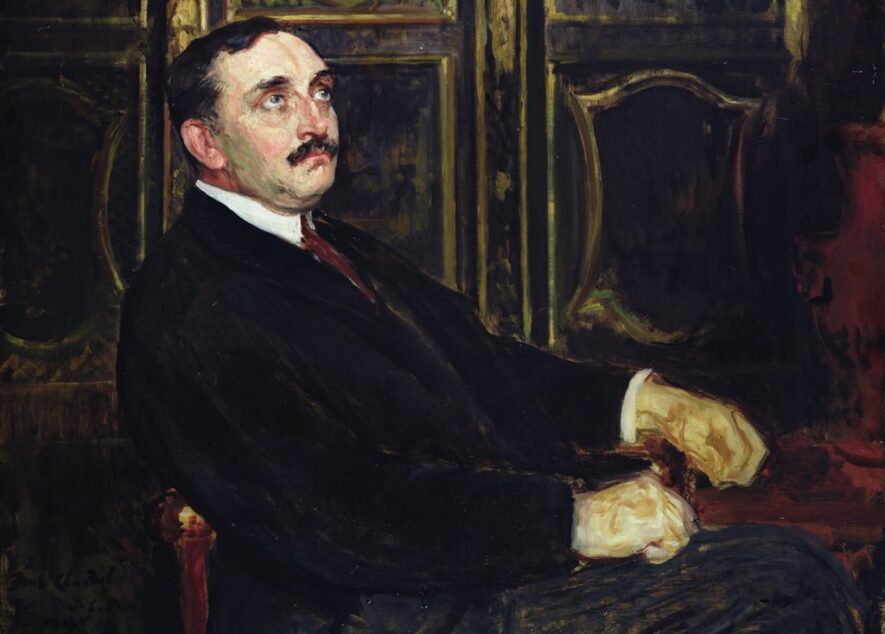 One of the most famous writers of his time, and a politician marked by a radical nationalist ideology, Maurice Barrès (1862-1923) had a considerable intellectual influence on the generation of artists and intellectuals of the Belle Époque. His literary work is important, and the trilogy "Le Culte du Moi" is one of his masterpieces.

This painting is one of three portraits of Barrès painted by Jacques-Émile Blanche, who was very close to the writer. "The most important event of my youth was my meeting with Maurice Barrès", recalls the painter. A dandy and seducer, a complex personality with an eloquent style sprinkled with naughty words, Barrès had few friends, and Blanche was precisely one of them, all his life.

Berthe Noufflard (1886-1971) was first a pupil of Jacques-Émile Blanche, whose sisters-in-law he paints here, daughters of John Lemoinne, the famous journalist and academician. The painter continued the style of interior scenes of the bourgeoisie of the Belle Époque. A fellow student of the painter Lucien Simon at the Grande Chaumière, she married the painter André Noufflard.

Pierre de Brézeux (Pierre Magnier) has everything he needs to be happy. Rich, kind, gifted with an iron health, he is engaged to a charming young girl, Marthe (Clémence Liceney) whom he adores and of whom he is deeply in love. This happiness, alas! was to be destroyed by the meeting of a woman who was to turn his life upside down. It is during a rehearsal organized at the royal circle that Pierre, as a member of the festival committee, meets for the first time Ida Bianca (Léontine Massart), famous for her flamboyant dance...

Auguste Rodin represents the ideal artist of the Belle Époque as a champion of the modern sculpture.

Born Princess Bibesco Bassaraba of Brancovan, Anna of Noailles was an important poet and a close friend of Marcel Proust. The two often wrote to each other during Proust’s stays in Cabourg. Anna de Noailles was the daughter of a Romanian prince and a Greek pianist, and in 1897 she married the Count Mathieu de Noailles. Together with her husband, she led a brilliant social life, receiving the intellectual, literary and artistic elite of the beginning of the century in her salon on Avenue Hoche and later Rue Scheffer. Some of those grand figures included Francis Jammes, Claudel, Colette, Gide, Valéry, Cocteau, Max Jacob or Mauriac.

She had an intense but complicated sentimental relationship with Maurice Barrès, whom she met at Jacque-Émile Blanche’s house, which at the time of this painting had ended in a break-up. This powerful personality with an irresistible eloquence fascinated almost all those she approached, not without sometimes arousing a touch of irony, sensitive, for example, in the pages that Blanche devoted to her in « La Pêche aux souvenirs ». Anna de Noailles established her reputation as a poet with the publication of “The Innumerable Heart,” her first collection, in 1901, followed by “The Shadow of Days” in 1902, and “The Dazzle” in 1907. Her novels « La Nouvelle Esperance », « Le Visage émerveillé » and « La Domination », published between 1903 and 1905, were equally successful.
On May 19, 1909, she attended the dress rehearsal of Prince Igor's Polovtsian Dances at the Châtelet with Blanche, Cocteau and Reynaldo Hahn, and later contributed to the social patronage of the revolutionary shows conceived by Serge Diaghilev on Fokine's choreographies. Affected by serious health problems from 1911 onwards, she imposed on herself intermittent periods of reclusion during which she received her guests amidst a mess of vials, medicine and droppers. Blanche reports in « La Pêche aux souvenirs » that he painted the two studies in the poetess' home, 13, rue Scheffer, in 1912-1913, at a time when she was abusing the chemical substance ether.
This sketch and another existing one are characteristic of Blanche's method in his studies, which was to fix the physiognomy of her models in small, quickly brushed canvases, sometimes executed in succession, as if trying to capture the movement of the personality and its expression.

Portraits of artists and writers brought Jacques-Émile Blanche fame from the beginning of his career. As a painter-writer, the privileged relationship he had with his models favoured an intuitive apprehension of their personality, rendered without any complacency and sometimes even with a certain cruelty. His art of portraiture, profoundly original, is in this respect far removed from the know-how of a worldly portraitist.

André Gide (1869-1951), a leading figure in Belle Époque literature and publishing, had Gallimard sign an exclusive contract with Marcel Proust in 1916 after initially refusing his manuscript "Du côté de chez Swann" in 1913. Gide, who was born in Normandy on his mother's side, lived in a manor house in La Roque-Baignard.

"Phenomenon of French letters", according to Jean Cocteau, the writer Raymond Radiguet (1903-1923) had a brilliant yet short career, dying at 20. He started working in journalism at the age of 15 and at a very young age met artists such as Picasso, Modigliani, Max Jacob and above all Jean Cocteau, who was like his mentor.
His career began at 17 with "Le Diable au corps," the story of a young woman who takes advantage of her husband's departure to have an affair with a young teenager. This story scandalised as much as it seduced.
His next novel, "Le Bal du comte d'Orgel", a chaste love story, was published posthumously. His writing is of high quality, sober and measured, and is praised by the critics.

Not needing to sell his paintings as a way to make a living, Jacques-Émile Blanche had the freedom to choose his models, thus creating a gallery of famous faces, bringing back to life the Belle Époque rich in creations.
"I am only a portraitist who tells what he sees (...) my articles, my studies are, like my painted portraits, only creations, the paragraphs or pages of a little story of my time", says Jacques-Émile Blanche.
This portrait is that of Paul Claudel (1868-1955), French playwright, poet and diplomat, member of the Académie française; brother of the sculptor Camille Claudel.
A Catholic writer published by the same NRF as Marcel Proust, the latter was deeply shocked by "Sodom and Gomorrah." He also reproached Marcel Proust in his diary for "depicting actions in slow motion, i.e. literally decomposed, therefore distorted. "